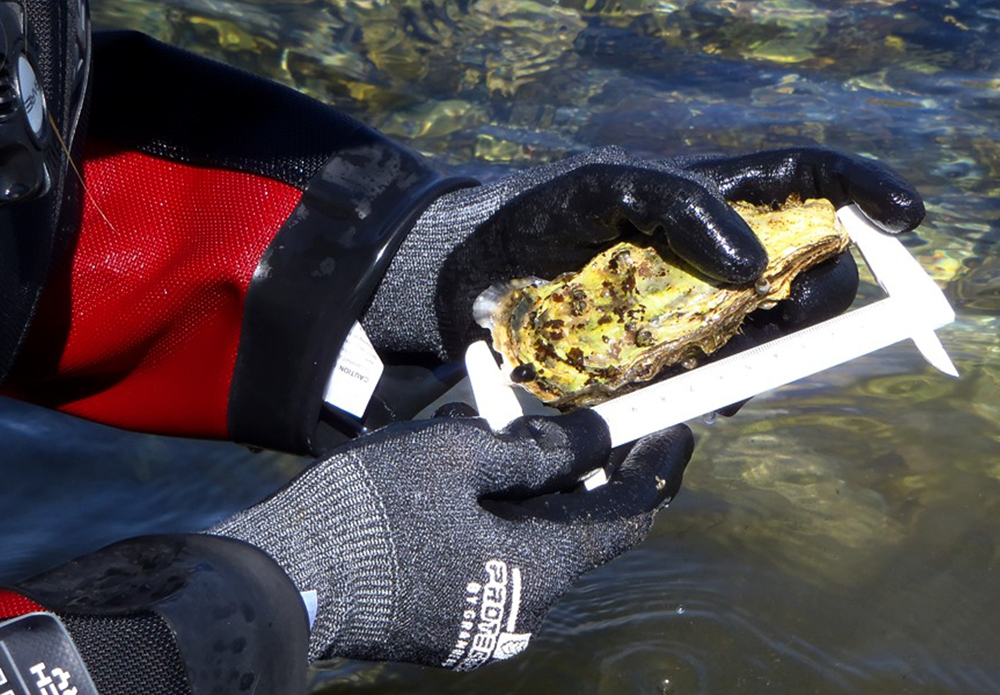 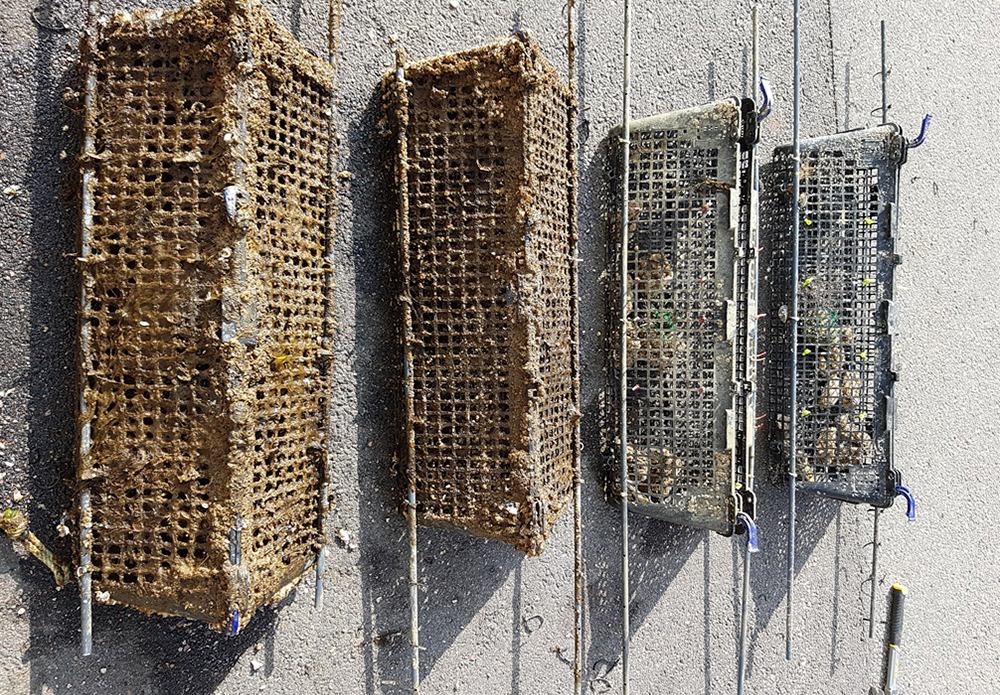 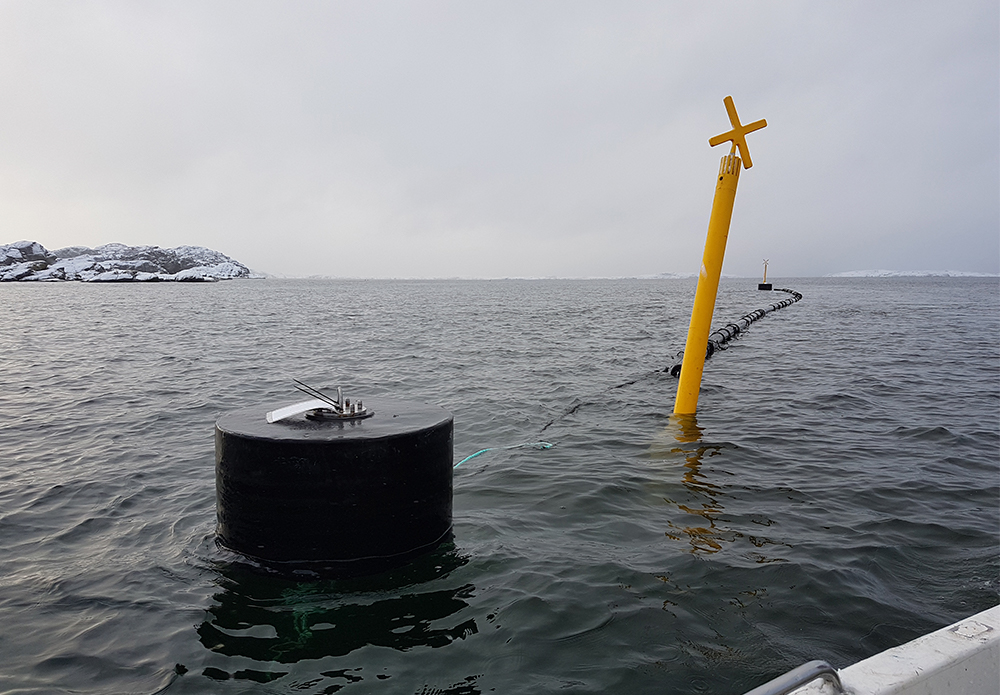 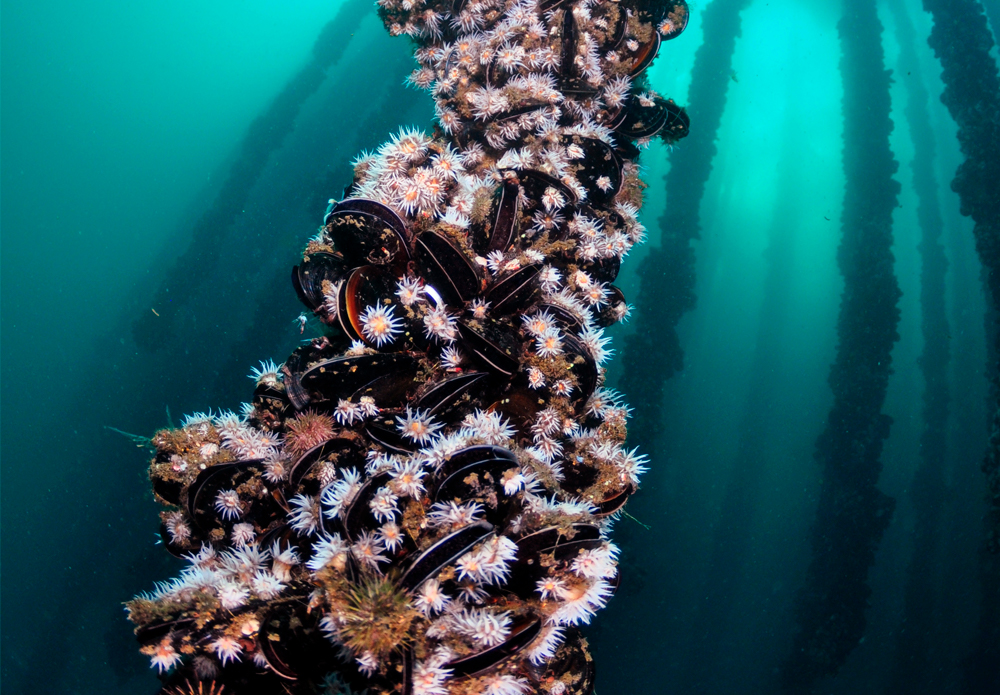 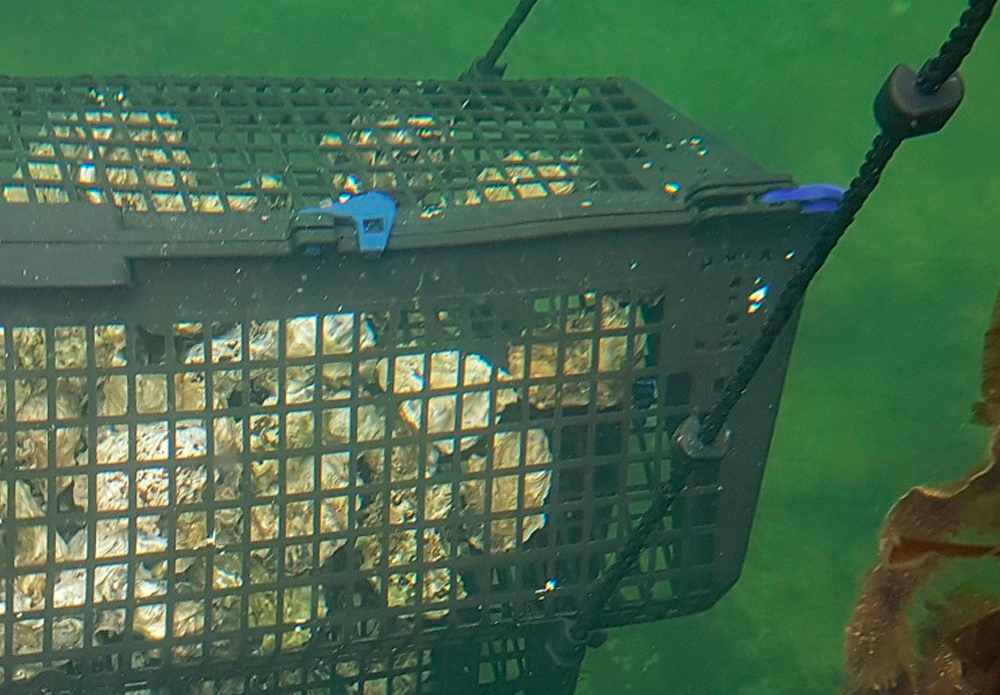 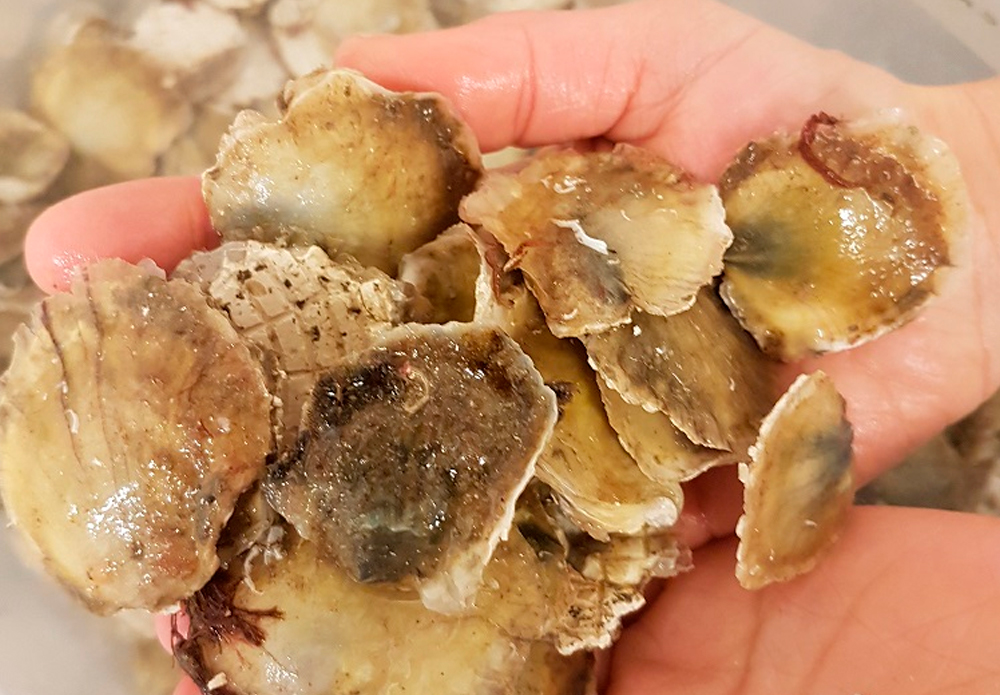 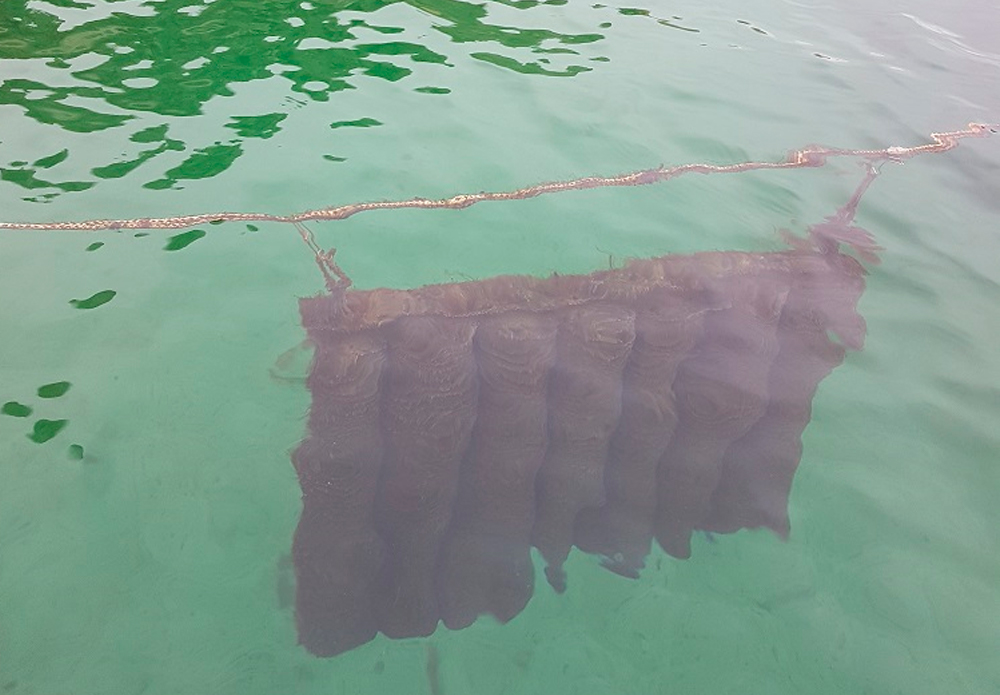 Bivalves are highly nutritious and are an ecologically sustainable food source. Consequently, both blue mussels and Pacific oysters are cultured extensively in many regions (e.g. Asia, North America and Europe). However, in areas such as Brazil and Scandinavia, bivalves are currently underutilised despite a high market demand and great interest from the aquaculture industry.

The causes of this discrepancy are related to low and inconsistent seed availability and suboptimal culture systems not adapted to local conditions. Moreover, the recent challenges related to climate change and pathogen outbreaks experienced by the European, North American and Australian oyster industries reflects the importance of diversification of the industry to increase resilience both to pathogens and climate change, both being issues of high relevance that may impact global food security significantly.

Therefore, the AquaVitae Shellfish Value Chain (SVC) focus on enhancement and optimisation of production of underutilised bivalves such as native oyster species and blue mussels across the Atlantic by the development of protocols for seed production, and development and modification of grow-out production systems.

The main impact of this work will be increased food security through increased production of established, yet underutilised, bivalve species, and initiation and enhancement of culture of native oyster species in areas with high potential for expansion of bivalve culture such as Brazil and Scandinavia.

Diversification of cultured species will contribute to increased adaptation potential for the industry to climate change (e.g. ocean acidification and global warming) and reduced vulnerability of the industry to pathogens. This endeavour will also contribute to enhance the development of aquaculture in rural areas and increase income for local communities, as well as positively impact ecological sustainability in coastal areas by mitigating eutrophication effects.

The tasks performed will also establish a solid platform for collaborative development of the bivalve sector around the Atlantic area, as many of the challenges addressed are shared across borders.

The Existing Shellfish Species joins the case studies focus on:

CS8 will result in an increased availability of spat of native and underutilised oyster species in Brazil and Scandinavia.

Specific tasks will include:

The work includes partners all around the Atlantic, including Sweden, Denmark, Ireland, Namibia, Brazil and the US.

During the first year of AquaVitae, significant progress has been achieved to reach the goal of enhanced oyster production. In Brazil, EmBraPa and industry partner Primar have been working on developing a hatchery protocol for the native species Crassostrea gasar. This includes:

– a protocol for conditioning of broodstock for larvae production using salinity manipulation,

– a new diet for oyster larvae based on local microalgae species,

– the first steps towards improvements of water quality in the hatchery systems.

Complementary, in Europe, the Swedish Environmental Research Institute (IVL)  and Galway-Mayo Institute of Technology (GMIT), in collaboration with industry partner Cartron Point Shellfish, have developed and evaluated a first version of a protocol for pond-based seed production of the native European oyster, Ostrea edulis.

Common hurdles across the pond

Moreover, it has become increasingly evident during the work in the case study that despite the distance, the hurdles facing the oyster industry in Scandinavia and Brazil are surprisingly similar and are mainly related both to the occurrence of multiple oyster species in the sea (of which only one is desired for production) and the need for suitable collectors for small scale, emerging industries. This has triggered an intense collaboration between research partners EmBraPa, IVL and GMIT, and industry partners to develop protocols and equipment for targeted oyster seed collection.

Studies are now on-going to evaluate different collector deployment strategies and substrates as means to obtain a higher degree of the targeted oyster species. To enhance the production of specific species of oyster seed, a software for automatic identification of oyster species has also been developed and tested on Pacific oysters and native flat oysters by IVL, and will be further evaluated using oyster seed from Brazil in collaboration with EmBraPa.

Another joint problem in Scandinavia and Brazil is that the systems used for oyster aquaculture are not optimized for local conditions. This issue is addressed in the case study by using tech-transfer between different geographical areas (e.g. from Europe and north America) and different industry partners. Growth trials in new-to-the region systems are currently being performed in both Brazil and Scandinavia by IVL and EmBraPa in collaboration with several different industry partners. The suitability of these systems to local conditions and native oyster species is evaluated during the growth trials, and modifications of the systems are done, if needed.

This case study will result in increased production of blue mussels to be used as food and/or feed produced in new (offshore) areas and documentation of how mitigation mussel production can also increase offshore fish farm production.The offshore production will be based on established offshore technologies adapted and modified to local conditions to ensure a stable and cost-effective production, suitable for the local offshore environment, and include methods to show how by-products (shells) can be used as an anthropogenic carbon sink (zero waste).

Specific tasks will include:

The Danish Shellfish Centre at the Danish Technical University of Denmark (DTU) is working closely with Galway-Mayo Institute of Technology and Cartron Point Shellfish in Ireland to develop a protocol for hatchery produced blue mussel seeds. By using hatchery produced mussels seeds the settling time can be controlled and, if natural recruitment fails, it can supplement mussel farmers. Furthermore, it also has the potential for selection of genetic stock.

In the AquaVitae project, the settlement rates of blue mussels have been very successful at Cartron Point Shellfish’s hatchery, and tech and knowledge transfer between Ireland and Denmark have been constant. The Danish Shellfish Centre will develop the hatchery protocol further in the coming months.  ?

DTU is also leading the work of modification of novel mussel production systems to high-energy areas and is working closely with several industry partners to test two different systems in high energy areas in Denmark. A submerged tube and net system is being tested together with Musholm A/S (Denmark) and a platform made of concrete and steel from Research & Development Concretes (Spain) is being tested in cooperation with Kerteminde Muslinger (Denmark).

The submerged tube and net system will be deployed in Spring 2020 and the platform is planned to be deployed in Autumn 2020. Furthermore, the Swedish Environmental Research Institute (IVL) and BoHus Havsbruk (Sweden) are developing a heat-based anti-fouling field system to reduce the biofouling of calcifying worms.